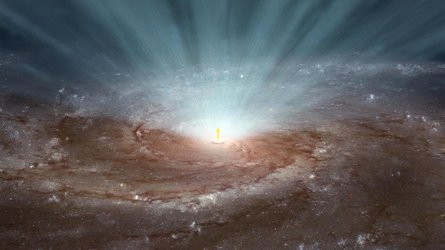 Millions of people stand in awe at the message of the death and resurrection of Jesus Christ. To know the price that Jesus paid for you is humbling. It is difficult to comprehend that kind of love. However, His love can be experienced by anyone willing to receive Him.

Whether you are a believer or not, what happened at the cross changed your past, present and future, forever. The world is a different place because of what Jesus did 2000 years ago, and it will never be the same. The Kingdom of God is being established in the hearts of believers and they are changing their world around them, as they are being changed.

Despite all the negative news in the world, there is more good happening now than at any time in human history. However, all the good is very under reported. Did you ever stop to realize that there is so much good happening in the world that it is normal and not considered worthy of news reporting? That is why the world is focused on the bad news, it is more unusual.

There is much to be thankful to our Father in Heaven for; and the best is yet to come. Do not be deceived, my beloved brethren. Every good gift and every perfect gift is from above, and comes down from the Father of lights, with whom there is no variation or shadow of turning, (James 1:16-17). The greatest gift God has given us is Himself.

As Christianity grows in a nation so does the blessing on that nation. The opposite is also true, when Christianity declines it affects the nation in a negative way. When Christians are given freedom to worship and serve God with their lives, the whole country prospers. Overall, Christianity continues to spread everywhere and will continue because man cannot stop God.

No one who is honest, can deny that the world is a much better place than it would have been without Jesus Christ in our history, and in our present. Believers in Christ, through history and currently, continue to be the greatest religious group changing the world for good.

However, the most important thing about what Jesus accomplished on the cross is how it affects you directly. The Gospel of Jesus Christ demands that you make a decision, you can decide to believe, not believe, or you can try not to think about it. You can delay your decision but eventually circumstances will happen, and you will face the reality of Jesus Christ, sooner or later.

You cannot decide to opt-out of what Jesus did on the cross because you were included. He already paid the price for you. For the love of Christ controls and urges and impels us, because we are of the opinion and conviction that [if] One died for all, then all died; And He died for all, so that all those who live might live no longer to and for themselves, but to and for Him Who died and was raised again for their sake, (2 Corinthians 5:14-15 AMPC). Jesus already paid the price for you however, you must believe to receive the benefits He purchased for you.

The grace of God, His gifts, promises and blessings, are always received by believing (faith). If you are struggling to believe but have a desire to believe, that is God’s hope in you. That is the first part of faith. You can always ask God for the faith to believe, He will give it to you. When your hope and desire is toward Him, He will meet you there, every time.

I pray that the light of God will illuminate the eyes of your imagination, flooding you with light, until you experience the full revelation of the hope of his calling that is, the wealth of God’s glorious inheritances that he finds in us, his holy ones! I pray that you will continually experience the immeasurable greatness of God’s power made available to you through faith. (Ephesians 1:18-19 TPT). Notice that God’s hope is in you and you are His inheritance, His reward. The same is true for us toward Him, He is our hope and our inheritance, our reward.

What happened at the cross has changed your past, present and future. If you are a believer in Christ, you must accept that when Jesus died on the cross your old self died with Him. Your crucifixion with Christ has severed the tie to this life, and now your true life is hidden away in God in Christ. And as Christ himself is seen for who he really is, who you really are will also be revealed, for you are now one with him in his glory! (Colossians 3:3-4 TPT) Your life in Christ is now you in Him, and He in you. The more you know Jesus the more you will discover who you really are.

When Jesus rose from the dead you were resurrected with Him into a new life united to Him. When Jesus ascended into heaven you went with Him. He raised us up with Christ the exalted One, and we ascended with him into the glorious perfection and authority of the heavenly realm, for we are now co-seated as one with Christ! Throughout the coming ages we will be the visible display of the infinite, limitless riches of his grace and kindness, which was showered upon us in Jesus Christ. (Ephesians 2:6-7 TPT)

When you gave your life to Christ and received His life, which He gave to you on the cross, your entire history was re-written. So also it is written, “The first MAN, Adam, BECAME A LIVING SOUL.” The last Adam became a life-giving spirit… The first man is from the earth, earthy; the second man is from heaven. As is the earthy, so also are those who are earthy; and as is the heavenly, so also are those who are heavenly. (1 Corinthians 15:45-48 NASB)

You are now a spirit being, you came from your Father in Heaven, not Adam. For you did not receive a spirit that makes you a slave again to fear, but you received the Spirit of sonship. And by him we cry, “Abba, Father.” (Romans 8:15 NIV)

As a child of God, you actually share in the same relationship that Jesus has with the Father. The Spirit himself testifies with our spirit that we are God’s children. Now if we are children, then we are heirs–heirs of God and co-heirs with Christ, if indeed we share in his sufferings in order that we may also share in his glory. I consider that our present sufferings are not worth comparing with the glory that will be revealed in us, (Romans 8:16-18 NIV).

I have been crucified with Christ [in Him I have shared His crucifixion]; it is no longer I who live, but Christ (the Messiah) lives in me; and the life I now live in the body I live by faith in (by adherence to and reliance on and complete trust in) the Son of God, Who loved me and gave Himself up for me, (Galatians 2:20 AMPC).

Home // Articles // The Greatest Event in Your History