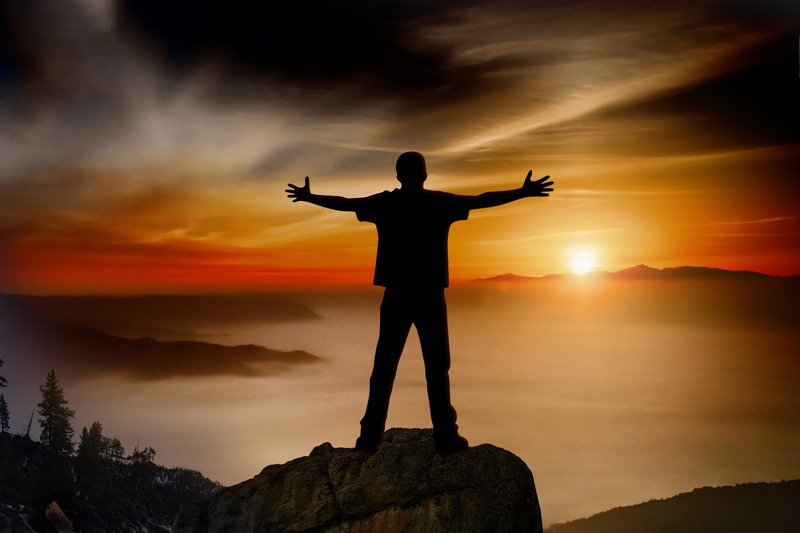 Our greatest war in this life is fought against deception. Knowing the truth sets you free.

Meditation Word: Then Jesus said to those Jews who believed Him, “If you abide in My word, you are My disciples indeed. And you shall know the truth, and the truth shall make you free.” (John 8:31-32)

Recently I was at a mall where they had a virtual reality experience machine. It was a like a car, set up to provide motion which would coincide with what you were seeing and hearing in a headset. There were eight people in the car. They must have been taken on a wild ride because several times the girls, and probably a couple guys, would scream so loud that it filled the mall. Even though they were just sitting in the big hallway of a mall, the experience was very real to them.

As it ended, I watched the people. They got out of the car and looked dazed as they entered back into the world that the rest of us were experiencing. One young couple came from the car over to where we were and sat down. They needed some time to adjust and process the experience. They had the look of someone who had just woken up from a vivid dream. You could tell they were thinking about what they had just experienced and were still getting used to where they really were.

The greatest war in history is being fought now. It is the information war, and your soul is the target. Our reality is created by our perception; it can be true or false. Information feeds perception. Where you get your information from is who you are allowing to influence your reality.

As believers in Christ, our true reality is His reality. Jesus is the Word of God. The holy scriptures provide a foundation of truth and they are vital to survive, and even thrive, in the world we now find ourselves living in.

Let’s look at this verse…  Then Jesus said to those Jews who believed Him, “If you abide in My word, you are My disciples indeed. And you shall know the truth, and the truth shall make you free.”

The word abide means to live in, dwell, and remain in a place; a home. A home is a place of rest and safety. When studying the Bible pay attention to the word “in”. It often leads to deeper understanding of the scriptures. Here, it means that the Word is a place you can take refuge in. The Word has the power to change your reality. David was an expert at this. The book of Psalms describes how important the Word was to him.

To be a disciple of Jesus basically means to be a student. He is your teacher. He speaks to you through the holy scriptures, through the Holy Spirit, through people, and through every situation in life. Learn to recognize His voice–He is not silent. He often uses life circumstances and situations to teach you, also. Always be attentive to what Jesus is saying, and ask Him for understanding.

Jesus is teaching and training you to trust Him and His word. In the New Testament, to be a disciple means more than just a student or a learner. It means a believer who receives the instruction given to him and applies it to his life.

The Greek word for “truth” means reality. It is the unveiled reality lying behind appearance–the absolute essence of matter. To come into agreement with Jesus is to know Truth. Truth is a person–it is His Word. Truth sets you free from any virtual reality created by deception. Sometimes things that you think are real may actually be rooted in deception.

True reality is based on what God believes and says. Whatever He says is. Our greatest war in this life is fought against deception. Anyone who falls for it is made a prisoner of the virtual reality war. Knowing the Truth sets you free.

Want a closer relatiionship with Christ

Welcome to a New Year!

May 2023 be the year you experience walking with God like Enoch did.

By faith, Enoch was taken away so that he did not experience death, and he was not to be found because God took him away. For prior to his transformation he was approved, having pleased God. Now without faith it is impossible to please God, for the one who draws near to Him must believe that He exists and rewards those who seek Him. (Hebrews 11:5-6 HCSB)

I pray the blessing of the Lord be upon you as you seek Him and His way(s). May the Lord supply all of your needs according to His riches in glory. Amen.

Overflow from the heart comes out of the mouth. Praying in the Spirit is allowing the rivers of living water from the throne of God to fill and flow through your heart, transforming you, as it penetrates Earth…
https://god.net/realize/20221217/