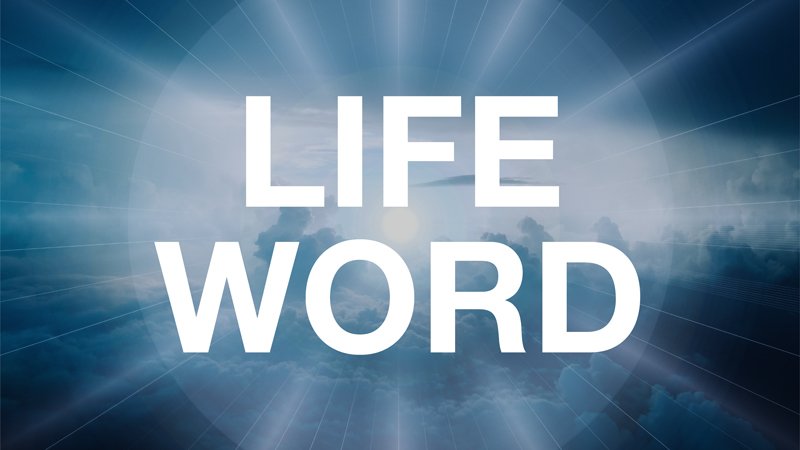 April 24, 2019 – Christianity is the largest religion in the world and continues to outpace all others in religious conversions. The reason is: the God who reveals Himself through Jesus Christ, is a very personal God. People experience Him. When they hear the good news about Jesus, something deep inside their heart resonates Truth.

However, for others the Gospel makes no sense and they reject it because their logical mind refuses it. The message of Jesus Christ challenges normal human thinking, because our perspective is so limited. To believe that God, who created the universe, was willing to suffer and experience death for you requires a higher form of intelligence. It requires faith, which is the sense of perceiving what God believes. The reason this is difficult to comprehend is because we do not know that kind of love until we know Him.

For of His fullness we have all received, and grace upon grace. For the Law was given through Moses; grace and truth were realized through Jesus Christ. No one has seen God at any time; the only begotten God who is in the bosom of the Father, He has revealed Him. (John 1:16-18)

When God revealed Himself to Abram, it was the Lord, Jehovah, who appeared to him. Now when Abram was ninety-nine years old, the LORD [Jehovah] appeared to Abram and said to him, “I am God Almighty [El Shaddai]; Walk before Me, and be complete, (Genesis 17:1).

The Lord came down on Mt Sinai to meet with Moses and the people of Israel. Then Moses brought the people out of the camp to meet God [Elohim], and they stood at the foot of the mountain. Mount Sinai was completely enveloped in smoke because the LORD [Jehovah] came down on it in fire. Its smoke went up like the smoke of a furnace, and the whole mountain shook violently, (Exodus 19:17-18 HCSB).

All the people witnessed the thunder and lightning, the sound of the trumpet, and the mountain surrounded by smoke. When the people saw it they trembled and stood at a distance. “You speak to us, and we will listen,” they said to Moses, “but don’t let God speak to us, or we will die”, (Exodus 20:18-19 HCSB).

The above revelation of the Lord is not the normal way we think of Jesus; however, He is the same Lord. Jesus Christ is the same yesterday, today, and forever, (Hebrews 13:8).

[Now] He is the exact likeness of the unseen God [the visible representation of the invisible]; He is the Firstborn of all creation. For it was in Him that all things were created, in heaven and on earth, things seen and things unseen, whether thrones, dominions, rulers, or authorities; all things were created and exist through Him [by His service, intervention] and in and for Him. And He Himself existed before all things, and in Him all things consist (cohere, are held together), (Col 1:15-17 AMPC).

The above scripture passage is beyond amazing when you consider the vastness of the universe and the diversity of life in the physical and spiritual realm. Jesus Christ is God. This God who is all powerful, who created universes, in whom all things exist. The One who made you; was willing to become a man in His creation and prove His love for you and the Father by suffering the torture and death of the cross for you. That is how valuable you are to Him.

Make your own attitude that of Christ Jesus, who, existing in the form of God, did not consider equality with God as something to be used for His own advantage. Instead He emptied Himself by assuming the form of a slave, taking on the likeness of men. And when He had come as a man in His external form, He humbled Himself by becoming obedient to the point of death— even to death on a cross. (Philippians 2:5-8 HCSB)

It was God [personally present] in Christ, reconciling and restoring the world to favor with Himself, not counting up and holding against [men] their trespasses [but cancelling them], and committing to us the message of reconciliation (of the restoration to favor). (2nd Cor 5:19 AMPC)

Home // Articles // Life Word // Who is the God that was willing to Suffer for You?

The reality you live in is created by what you believe; only when you believe what God believes are you living in true and eternal reality. All other realities are virtual and will evaporate. Jesus says, I AM the Path, true Reality, and eternal Life; no one comes to the Father except through Me. (John 14:6)